This week I am here:

And later in the week, here: 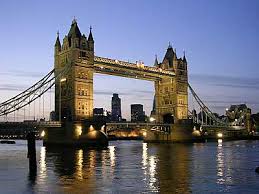 It is raining and cool and beautiful.

I was listening to a recent Writing Excuses podcast discussing the city as a character and special guest Sarah Pinborough made an off-hand remark that set me to pondering the connection between place and magic.

She mentioned that London’s gritty and historical character made it a city particularly easy to imagine as magical.  Though it has a far shorter historical resume than London, I’ve always felt the same was true of New York City.  Where does that dark, garbage-strewn alley lead?  To a magical land?  To hell?  Could the stall at the end of the row in the bathroom at the New York Public Library be a portal to another world?  Surely there are fairies living in the Shakespeare Garden in Central Park?  Surely there are.

Not only the history of the place, the sense that it’s current incarnation is built on the bones of something older and darker and different, but also it’s mood of danger, excitement, and anonymity, lend New York an air of believable mystery, of magic.

Is this true of every place, though?  Is Newark, NJ a magical city?  Could we set a convincing urban fantasy tale in Miami or Dallas, or would New Orleans be better?  Is there something about the run-down, dilapidated corners of older places that make them better suited as magical settings, or can new, shiny cities provide inspiration too?

Another question: what about urban versus rural?  The countryside is magical, isn’t?  We can picture magic lurking in the dark, cool depths of an old growth forest and sparking in the bright, sunny charm of the pastoral world, with it’s crooked fences and falling-down stiles.  But what about in the manicured limits of a suburban park?  Does the vast swath of strip mall America provide a good setting for a magical story?  Will we find Selkies bathing by moonlight among the concrete fountains of open-air malls or a coven of witches dancing beneath the glow of parking lot lights?

When we devise settings for our stories, how important is location?  To what extent does the place we choose influence the flavor and believability of the magic woven into the narrative?  Can any place be magical?  Does taking a seemingly unlikely place for magic and making it work lend your story a freshness that setting it somewhere more obvious might not have achieved?

I like to think New York is a magical place, but maybe that’s because I live here and I love the city.  Perhaps we all feel that way about places we love – be they Savannah, GA or Palo Alto, CA.

What do you think?

Can we make magic anywhere, or are some places better-suited to telling magical tales?  Share your thoughts in comments!